Today is a pretty big anniversary for history geeks, it is the 197th anniversary of the Battle of Waterloo.  So yes, there will be some pretty big commemorations in another three years when the bicentenary rolls around.  To mark this historic day I thought I’d post a bit […]

Nuclear Archive: Getting a Bang for your Buck

Today I thought I’d share a bit about an explosive topic.  My daytime job involves sourcing all kinds of film and photographs for use in television documentaries.  One of my current projects recently gave me an excuse to re-visit a fantastic archive – the U.S. Department of Energy, […] 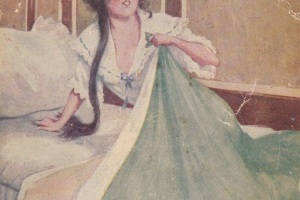 There was a young girl named Bianca

Resurrecting the humour of yesteryear is a favourite pastime of mine – so today I thought I’d share a charming hundred year old postcard from my maritime collection.  As usual, it also comes with an interesting back story.

From Russia with Love – Last of the T-34s

My last post started telling the story of the T-34, a Soviet designed tank that gave the Germans a hell of a fright on the Eastern Front.  Arguably one of the most influential tanks of the Second World War, it then went on to fight in Korea, Vietnam […]

From Russia with Love: The T-34

This snapshot from my personal collection shows a knocked out tank somewhere on the Eastern Front during the Second World War.  Unfortunately the context of this image has been lost and I don’t know exactly where it was taken, who took it or when.  What I do know […] 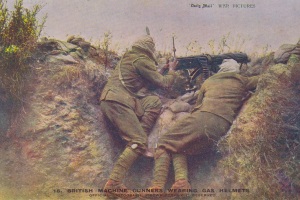