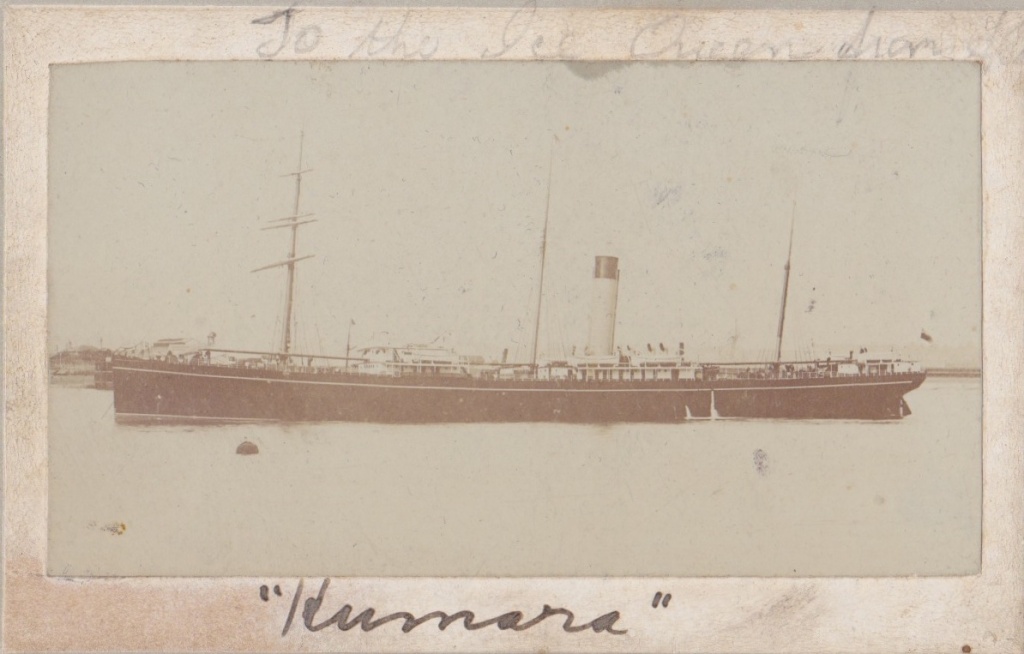 This snapshot of history is an original photograph of a ship called the SS Kumara.  Its story includes hundreds of thousands of carcasses, an insight into the beginnings of an invaluable industry and a debate over how comfortable life would be in a floating freezer.

The birth of the frozen meat export industry had an almost unparalleled impact on New Zealand’s economy.  Lord of the Rings doesn’t even come close.

It started in 1881 when a passenger ship called the Dunedin was fitted with freezers, insulated chambers, boilers and other vital equipment and in 1882 it made the world’s first successful frozen meat-conveying voyage.  The meat sold in England for nearly twice the price the sellers were used to and a lucrative new industry was born.  It was great for farmers but there was one group of people that might have given the new freezer ships a chilly reception.

While the Dunedin often steals all the glory there is a forgotten part in the story of the early transportation of frozen meat.  After the successful conversion of the Dunedin, a new generation of steamers was born in the form of purpose-built freezer ships.  One of these was the SS Kumara of the Shaw, Saville and Albion Company, built in 1899.  Newspaper reports of her first appearances in New Zealand waters read like the excited reviews of today’s blockbuster films.

“Without doubt, one of the handsomest ships that has ever been seen in Otago waters”

“…A splendid specimen of her class” 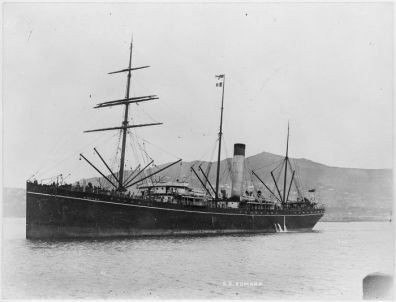 The excitement does hold some merit. She was fitted to transport over 100 000 frozen carcasses, about twenty times as many as the Dunedin had carried on her first voyage.  (Speaking of which, in 1890 the Dunedindisappeared without trace, presumably hitting an iceberg off Cape Horn).

The export of frozen meat to England was extremely lucrative for the Kumara’s owners but it wouldn’t do for a ship to travel all the way back to New Zealand empty.  So what cargo could it carry?

There was some work importing goods from England, for a few years there was work picking up wounded New Zealand soldiers from the Boer War in South Africa, but the most reliable trade was transporting emigrants.

This begs the question, how comfortable would it have been for passengers on a ship that was purpose-built to carry frozen carcasses?  The answer might be found in an article printed in the Evening Post on 17th October 1905, titled “Complaints from Emigrants”.

A petition was signed by a number of third class passengers from the Kumara.  It complained, “The accommodation provided for so great a number of souls travelling so great a distance was inadequate in the extreme.”  It went on to discuss the poor quality of the food, the lack of a stewardess and other matters.

Captain Scotland, whose fifty years of experience at sea isn’t to be scorned at, defended the honor of his ship.  “The complaints as to sour bread and bad fish and sausages were both correct; but the bad bread was the work of a bad cook, not of poor flour, and the fish and sausages were all thrown overboard when found to be bad, and other food was substituted”.

He went on to argue that the accommodation was more than adequate, especially considering that the third class passengers also had complete run of the deck.  In his mind the trouble “was that there were a few growlers aboard who worked up an agitation.  The root of the trouble was a desire to be provided with saloon accommodation and food at steerage rates”.

The truth about what conditions were like on-board the Kumara can be debated.  Maybe the transformation from carrying carcasses to passengers wasn’t as bad as it sounds.  There is a diary in the New Zealand National Library that very well may shed light on the event.  (Written by a John Beaven, Reference Number MS-Papers-2056).  If I get the chance when in Wellington next I’ll look it up and see what perspective it might add.

In the pre-Twitter days it took a bit more effort to complain in a public forum.  I do wonder how many passengers were pro-active enough to present a petition to the press and how many would’ve just grumbled to themselves and put up with it, their grumblings lost to history.

To finish this story I’m going to share a poem.  I didn’t write it and the idea to share it wasn’t mine.  It is by Lord Byron and is written in black ink on the backside of the Kumara photograph in my collection.  I like to think it was scrawled there by one of those third class emigrants, while taking the cheapest passage they could to a new life in New Zealand.

And shrieks the wild sea-mew.

Yon sun that sets upon the sea

Farewell awhile to him and thee,

I’d like to thank the Alexander Turnbull Library for allowing me to reproduce their photograph of the Kumara and I’d also like to acknowledge the following sources.