Well somehow another year has passed so, as usual, here is a list of upcoming anniversaries to look out for.  Some international ones and some local New Zealand dates as well, some notable ones and some others that will likely pass with little commemoration.

50 Years ago – On 10 July 1967 we ditched pennies, shillings and pounds and switched to cents and dollars.  Because a decimal system made more sense.  Some of my readers might remember the day that our change changed, but others like myself may just recall finding the occasional rogue sixpence, shilling or florin in circulation up until 2006 when those penny pinchers at the Reserve Bank killed the fun by changing the coin sizes.

50 Years ago – 19 January will mark fifty years since the Strongman Mine explosion, which killed 19 miners.

75 Years ago – On 24 June 1942 a 7.2 earthquake near Masterton caused considerable damage throughout Wairarapa and also in Wellington, where one person was killed and facades from some older buildings collapsed onto the pavement.  Had the quake struck earlier in the day then there likely would’ve been many more casualties.  Another 6.8 earthquake struck five weeks later.  Check out Matthew Wright’s ‘Living on Shaky Ground’ for more about the science and history of New Zealand’s earthquakes.

100 Years ago – 12 October will mark one hundred years since New Zealand’s ‘darkest day’, when 845 men lost their lives at Passchendaele on the Western Front.  Other notable First World War anniversaries New Zealanders should watch out for this year include the centenary of the Battle of Messines (June) and the Battle of Beersheba (October).

A lesser-known anniversary on 3 December is the centenary of the assault by New Zealanders on the ruins of Polderhoek Chateau.  I’ve previously shared the story behind a postcard sent by one of the soldiers that was wounded during this action. 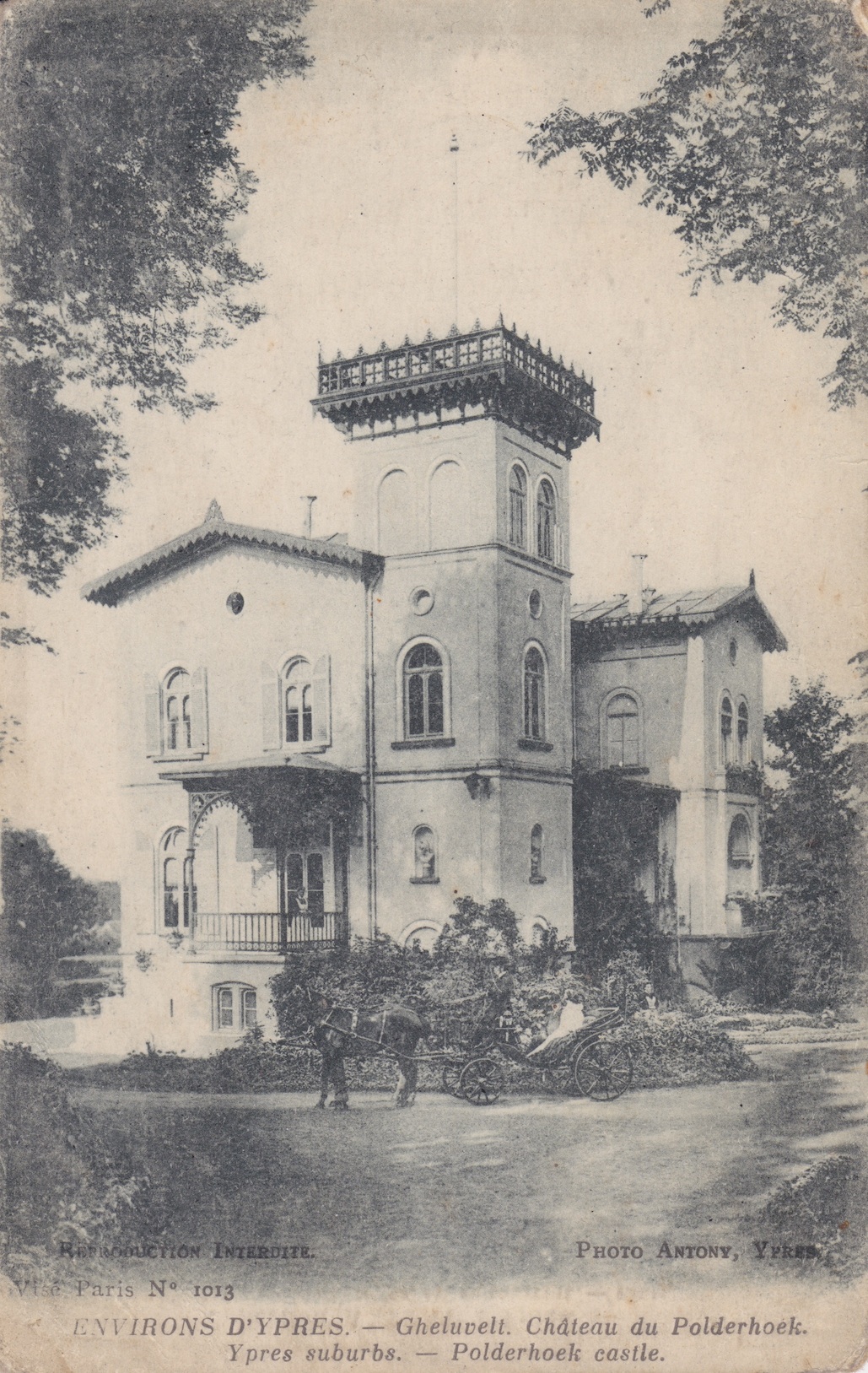 Pre-war view of Polderhoek Chateau, the ruins of which were assaulted by New Zealanders on 3 December 1917.  Lemuel Lyes Collection

Finally, one other First World War centenary with a New Zealand link that I’d like to draw attention to is the daring action by the German commerce raider SMS Wolf, which captured and sank vessels near the Kermadec Islands and deployed minefields off the New Zealand coast which sank the Port Kembla off Cape Farewell and the Wimmera off Cape Maria van Diemen.

Make sure to check out WW100 for more information about First World War commemorations throughout New Zealand this year.

200 Years ago – The ‘Sealer’s War’ in Otago continued to escalate.  Sealer, convict and human-head trafficker William Tucker was one of a party of Europeans that were killed and eaten by aggrieved Māori.  In retaliation, some of the survivors, led by James Kelly, killed a number of Māori and burned down a large village.  This bloody episode in Otago history is often overlooked.

300 Years ago – In 1717 the Alpine Fault ruptured with an estimated magnitude of around 8.0.  This was well before European settlement so there were no tall buildings to collapse, but Māori throughout New Zealand will have felt it strongly and those in the South Island may have faced significant threats from rockfalls and landslides.  On average, the Alpine Fault ruptures every 330 years, although sometimes the interval between quakes can be as small as 140 years or as long as 510 years.  GNS predicts that there is a 30% chance that the Alpine Fault will rupture again in the next half-century.  Very scary. 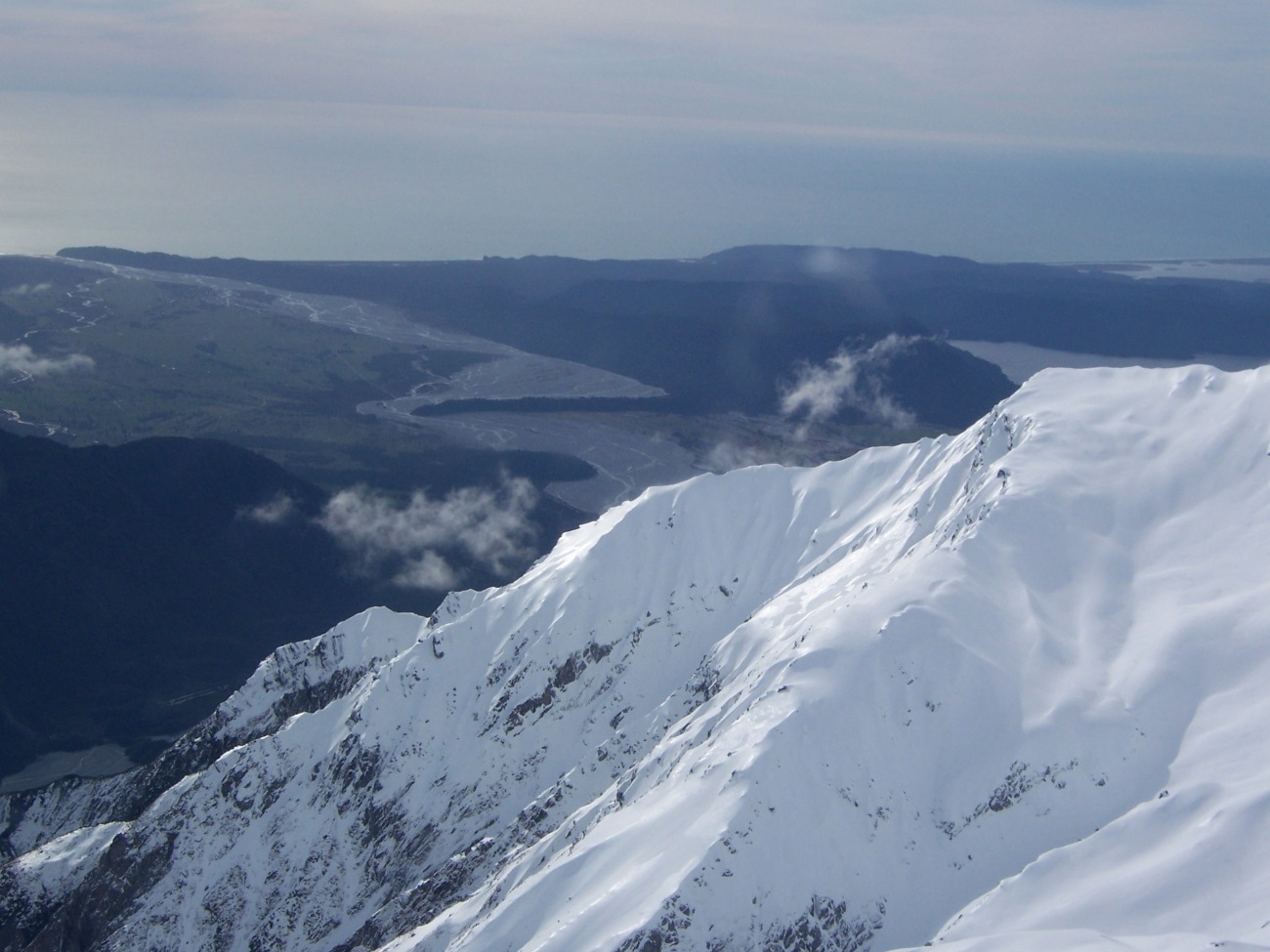 View from the top of the Southern Alps, looking across the West Coast. Here lies the infamous Alpine Fault, which last ruptured 300 years ago. © Lemuel Lyes

375 Years ago – Abel Tasman and his crew became the first Europeans to arrive in New Zealand waters.  Their short visit resulted in bloodshed.  There are commemorations planned in Golden Bay this December to mark the 375th anniversary, including a visit by a delegation from the Netherlands and an upgrade to the Abel Tasman National Monument.  The Takaka museum has a beautiful diorama of Tasman’s visit – I had the chance to view it myself last week and highly recommend it to anyone who is visiting Golden Bay.

50 Years ago – Che Guevara was captured and executed in Bolivia.

100 Years ago – Happy Birthday, Mr. President!  If not for the assassins bullet then John F. Kennedy could possibly still be with us and celebrating his 100th birthday on 29 May.  What a different world that would be.

100 Years ago – The First World War continued into a third year.  There are far too many anniversaries to list, so let me start by recommending the brilliant YouTube series over at TheGreatWar, with videos following events week by week.  I’ve been watching since the start and one of the things that I appreciate the most about their work is how they include the larger picture, not just the actions on the Western Front but in the lesser-known theatres as well.

On that note – there are some big anniversaries coming up this year commemorating actions in the Middle East.  On 11 March 1917, Baghdad fell to British forces, primarily composed of Indian soldiers.  Later in the year, on 31 October, the Australian Light Horse charged into history at Beersheba and by Christmas the British had also captured Jerusalem from the Ottomans.

This year on 6 April also marks one hundred years since the United States declared war on Germany. 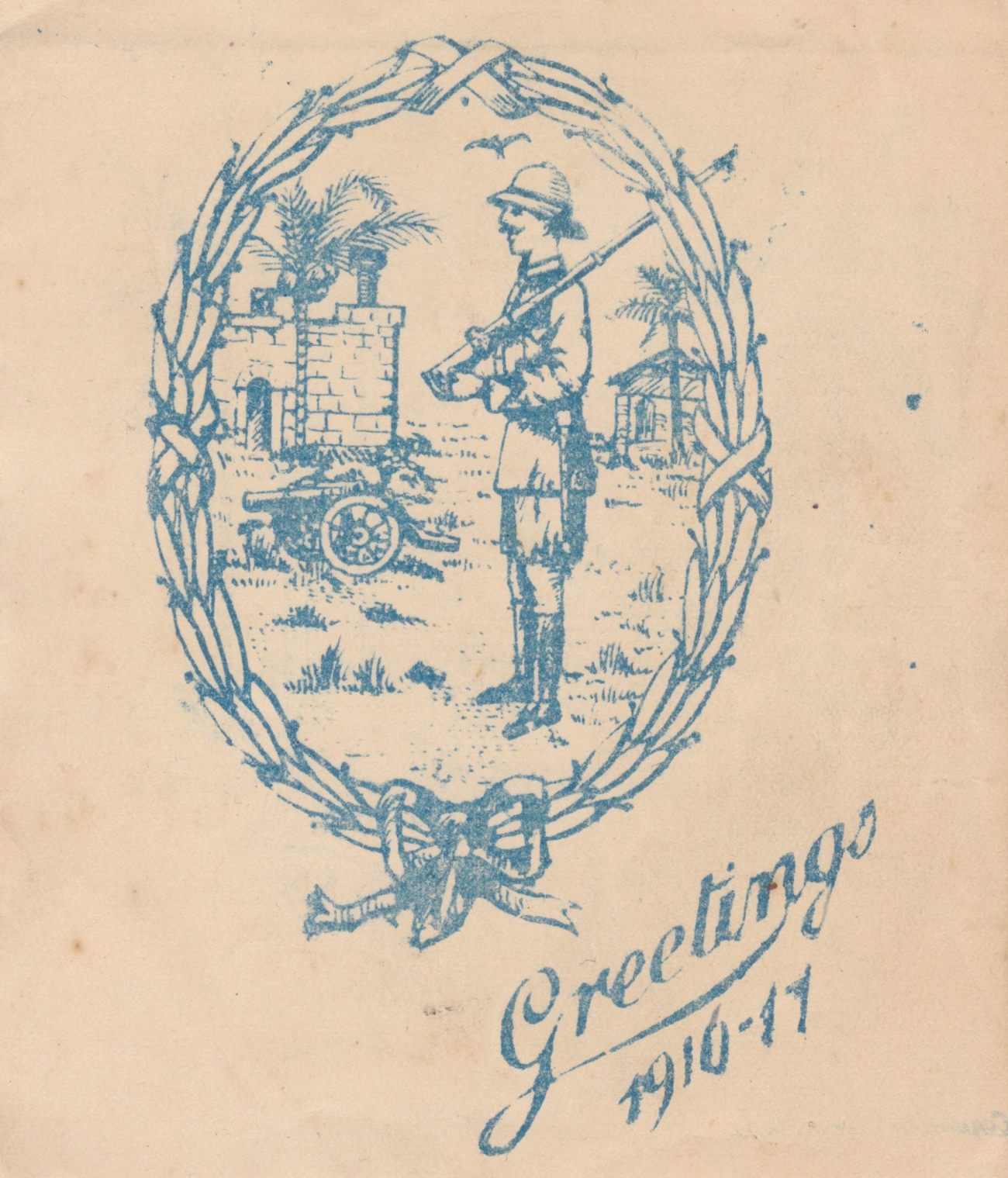 Christmas card sent by a member of the Indian Expeditionary Force D, who were fighting Ottoman forces in Mesopotamia. In March 1917, they captured Baghdad. Lemuel Lyes Collection.

100 Years ago – Communism happened.  Well the idea had of course been around for a while but it was a century ago when the Russian Revolution really kicked things off.  It was a bad year for the Tsar, but a good year for any merchants with an oversupply of red dye.  I’m not sure what – if any – commemorations are planned in Russia.

150 Years ago – The United States made a rather large land purchase.  They bought 586 412 square miles of land from the Russians for a grand total of US$7.2 million (roughly US$123 million today).  This is, of course, Alaska.

300 Years ago – On 28 November, 1717, the slave-ship La Concorde de Nantes was captured by pirates near the island of Martinique, in the Caribbean.  Captain Benjamin Hornigold took the prize and gave it to one of his men.  That man was William Teach, better known as Blackbeard.  He armed the ship with forty cannon and renamed her Queen Anne’s Revenge.  This was the Golden Age of Piracy. 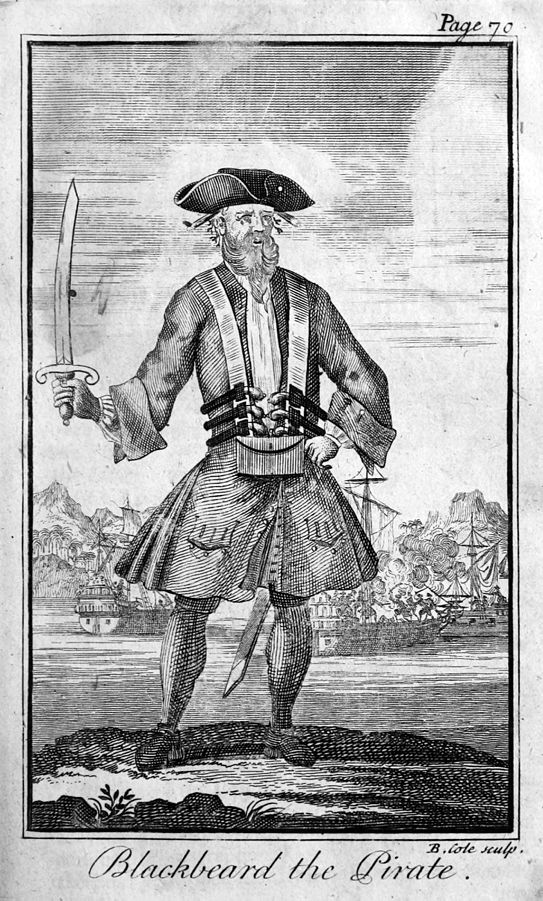 Well, those are just a few of the many anniversaries rolling around this year.  Are there any other upcoming historical anniversaries that you are intending to commemorate?  I hope you all have a great 2017.