Happy New Year! As is tradition here at History Geek, at the start of each year I like to share a list of upcoming anniversaries. This isn’t an exhaustive or definitive list – there are others that do a much more thorough job than me – this is just a small selection to keep an eye out for, some big and some small, a mix of local and international. Each is an opportunity to reflect on who we are and how we got here. Wherever possible I’ve included recommendations on ways to get involved in commemorations.

50 Years ago – At 7:35 pm on 3 November 1969, a series of microwave links around New Zealand transmit a live broadcast simultaneously around the country. Previously, news broadcasts were regional but this was different. This was the first synchronised transmission of the news in New Zealand – the start of our own network news. The newsreader that first night was the legendary Dougal Stevenson, a familiar face and even more familiar voice for many New Zealanders.

100 Years ago – On 16 December 1919, aviator George Bolt flies three bags of mail from Auckland to Dargaville. This was New Zealand’s first official airmail flight (although not the first airmail service – George was pipped to the post by some pigeons). I’m a little disappointed that there doesn’t appear to be any sign of any commemorative stamps on New Zealand Post’s upcoming issues calendar. A centenary like this seems like a missed opportunity for philatelists, but as the anniversary isn’t until December maybe an issue is planned but hasn’t been announced yet. I’m not sure if any other commemorations are being organised, but perhaps next time you head in or out of Auckland airport give a nod to the pioneering aviator when you travel down George Bolt Memorial Drive. 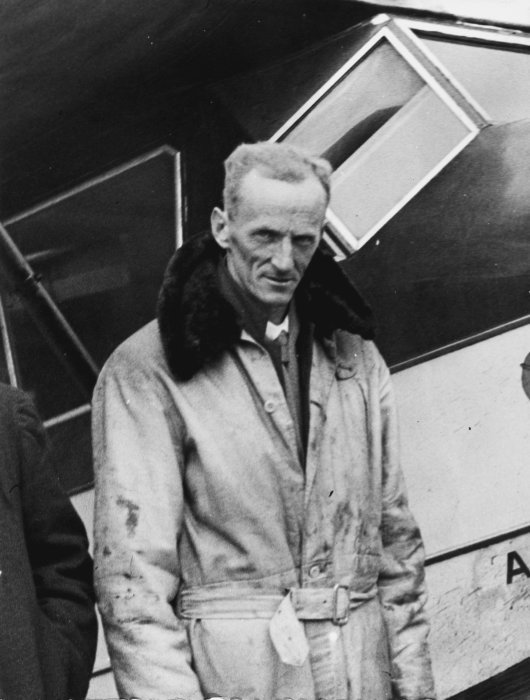 100 Years ago – On 20 July 1919, Percy and Gertrude Hillary welcome their son Edmund to the world. Sir Edmund Hillary would’ve turned one hundred this year. To commemorate his birthday a special symphony has been composed and will be performed by the Christchurch Symphony Orchestra. “Entitled ‘Roar of a Thousand Tigers,’ the symphony will reflect the conquest of Everest and the completion of Sir Ed’s life’s journey that included well-documented adventures, personal tragedy and Herculean contributions to Nepal and the welfare of the Sherpa people.” More information is available here.

100 Years ago – Welcome home. New Zealand servicemen and women start to return from the First World War and Prime Minister William Massey represents the country at the Paris Peace Conference and uses this pen to sign the Treaty of Versailles. There are celebrations and much-awaited reunions in New Zealand, but this is also a difficult time for many as rehabilitation begins and communities look for ways to remember those who didn’t come back. Check out WW100’s website for upcoming commemorations and events.

150 Years ago – New Zealand’s first university is founded. Otago University initially operated on Princes Street before relocating to its current location. There are big plans to commemorate this special birthday. Historian Alison Clarke’s new book ‘Otago: 150 Years of New Zealand’s First University’ is available now and looks to be a must have! There is an incredible lineup of commemorations planned including picnics, parades, fireworks, balls, concerts, dinners, exhibitions, a regatta, podcasts and more – see here for the full calendar. Looks like it will be an action packed year down here in Dunedin! Also, while on the topic of Otago University, Sarah Gallagher and Ian Chapman’s highly anticipated book ‘Scarfie Flats of Dunedin’ will be available later this month – a fascinating look into student culture. So there is plenty to look forward to!

150 Years ago – Two bloody campaigns continue in the North Island – Titokowaru’s War in Taranaki and Te Kooti’s War on the East Coast. I’m not sure what plans are underway to commemorate specific events, but keep an eye out for the second Raa Maumahara National Day of Commemoration, which is due to be held in Taranaki on 28 October.

200 Years ago – The Kerikeri Mission Station is established. Missionary Samuel Marsden plants what are believed to be New Zealand’s first grapes, a bicentenary that won’t be missed by our viticulture industry’s savvy publicists. The ‘Musket Wars’ continue to escalate and spread further south, and the famous tactician and leader Te Rauparaha gains valuable experience by joining a Ngāpuhi taua.

250 Years ago – Captain Cook’s Endeavour arrives in Aotearoa and a new chapter in our history begins. This is one of the most notable anniversaries due to be commemorated in New Zealand this year. It is an opportunity to not just reflect on some of the earliest interactions between Māori and Pakeha, but also on our dual heritage, regional history, relationships, identity and the voyaging traditions that brought us all to these beautiful islands. That’s what excites me the most about anniversaries – the way that they can encourage the sharing of knowledge, perspectives and stories from our past.

Cannons on the deck of the replica Endeavour, Sydney, Australia. © Lemuel Lyes

The Tuia- Encounters 250 commemorations will include regional and national events – most of which are still to be announced – but one really exciting bit of news is that they will include a visit by the HM Bark Endeavour Replica. I’ve been fortunate enough to have visited the replica in Sydney, but what a great opportunity it will be to see her in New Zealand waters, sailing alongside Māori waka. There will also be many other events, exhibitions and opportunities to be involved in the commemorations – keep an eye on the following websites for updates:

50 Years ago – One small step for man, one giant leap for mankind. The moon landing is one of the defining moments of human history. Expect plenty of commemorations, exhibitions and television documentaries – in fact some extremely talented friends of mine are working on a film right now and I really can’t wait to see it. I’ll be sharing details closer to the time on Twitter – follow me here if you’d like updates. 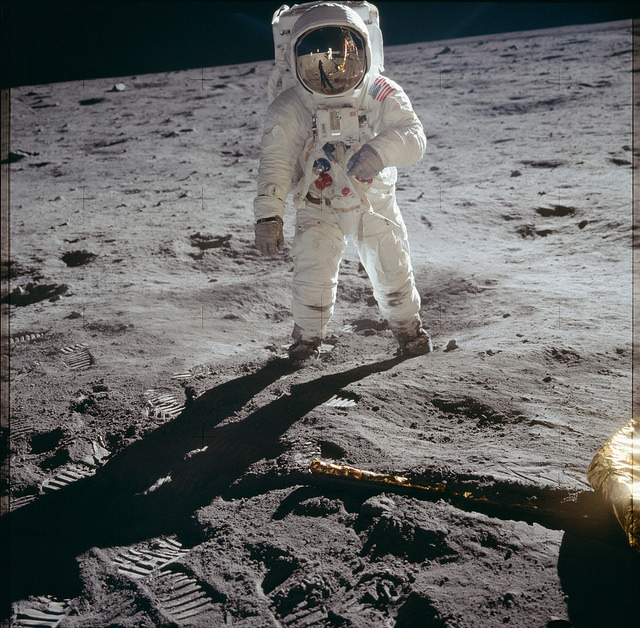 75 Years ago – On 6 June 1944, Allied forces storm the beaches of Normandy. It is no surprise that 75 years later the number of surviving D-Day veterans are dwindling and so this might be one of the last opportunities we have to hear their stories firsthand. There are major commemorations planned in Normandy and also in Portsmouth, from which much of the invasion was launched. 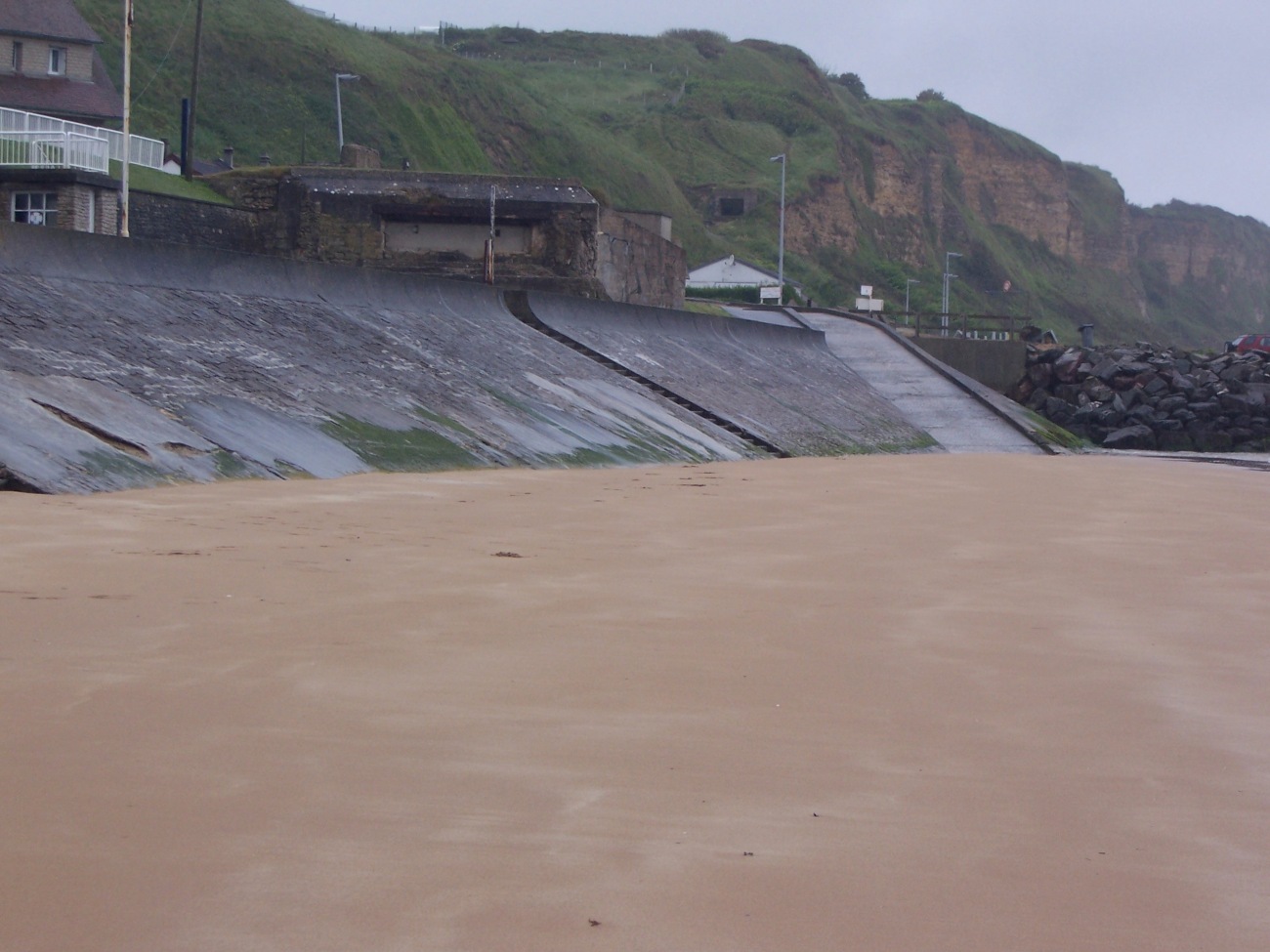 100 Years ago – On 28 June 1919, a group of important-looking dudes gathered in the Hall of Mirrors in the Palace of Versailles to sign a treaty, officially ending the First World War and imposing terms of surrender on Germany. It was hoped by many that the Great War was the war to end all wars, but unfortunately that wouldn’t be the case. In fact, only three months later a young Adolf Hitler joined the German Workers’ Party, a precursor of the Nazi Party, and on 16 October 1919, he gave his first prearranged public speech.

150 Years ago – Two prospectors in Victoria, Australia, strike it lucky. They find a gold nugget so big that it has to be broken up into pieces before it can be weighed on the scales. Named the ‘Welcome Stranger‘ (yes, naming gold nuggets was/is a thing), its net weight was 2,315.5 troy ounces, and it remains the biggest alluvial gold nugget found anywhere in the world. At the time it was worth around £10 000, today it would be worth around $3 – 4 million. The Goldfields Historical and Arts Society are hosting an event to commemorate the 150th anniversary at the site of its discovery. BYO pickaxes and shovels.

150 Years ago – At Promontory Summit, Utah Territory, the tapping in of a ceremonial ‘golden spike’ completes the First Transcontinental Railroad across the United States – connecting the Central Pacific and Union Pacific railroads. The celebratory scenes at the golden spike ceremony were brilliantly dramatized in Johnny Cash’s railway documentary ‘Ridin’ the Rails: The Great American Train Story’ – which is such a delicious experience I honestly can’t recommend it strongly enough. The Spike 150 Commission are overseeing commemorations in Utah – check out their site for upcoming events. 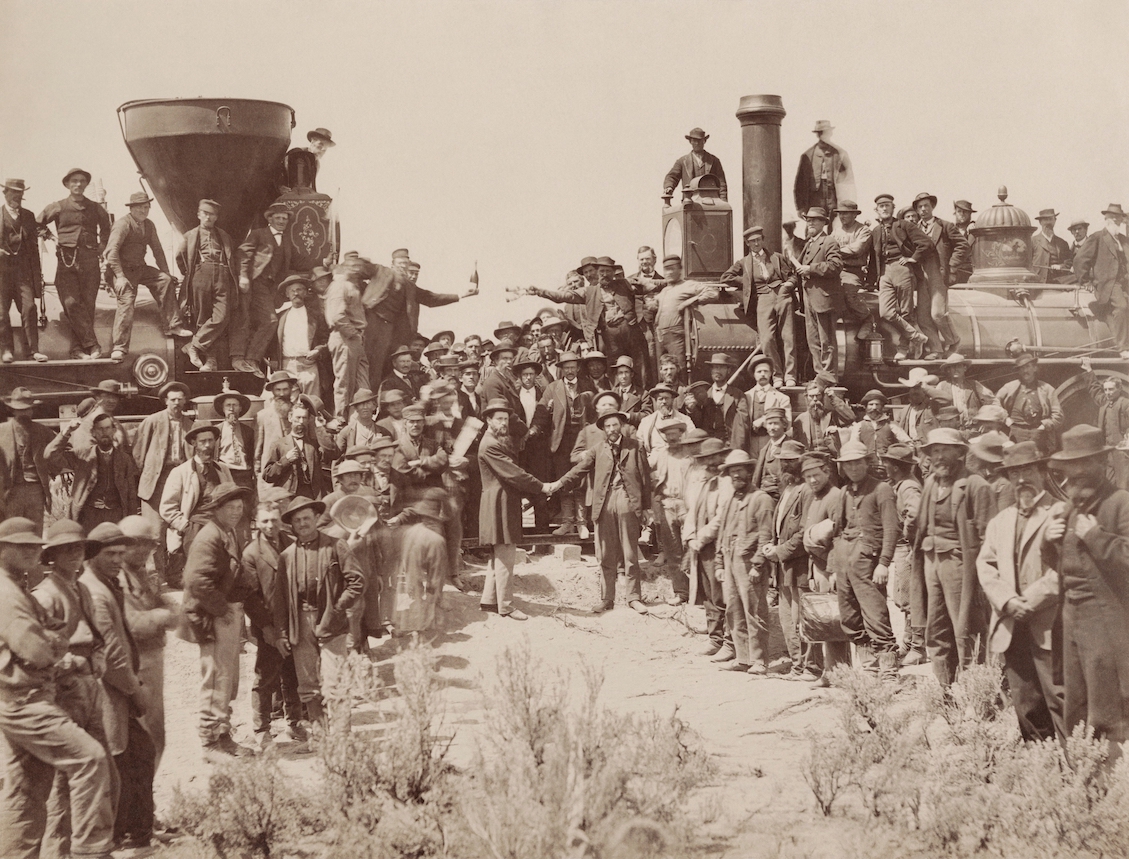 150 Years ago – Giant pandas happened. Well, pandas had been happening for millions of years already, and the locals obviously already knew all about them, but in 1869 white people found out about them! Father Armand David, a French priest and naturalist, obtained a specimen and sent it to the Muséum National d’Histoire Naturelle in Paris for further study. It is still preserved there today.

250 Years ago – On 15 August 1769, Napoleone di Buonaparte is born. By the age of 24 he was a brigadier general and at the age of only 34 he was Emperor of the French and was poised to conquer swathes of Europe. Happy Birthday, Napoleon!

500 Years ago – On 20 September 1519, Ferdinand Magellan sets sail from Spain in search of a western sea route to the Spice Islands. Poor old Magellan doesn’t survive, but he does get a strait and some cute penguins named after him, and the voyage he set out on goes down in history as the first documented human circumnavigation of the world – a feat that continues to inspire explorers and adventurers five hundred years later. Commemorations will be staggered over the next three years, yes the voyage took that long, keep an eye out for details here and here.

What other anniversaries are you planning to commemorate this year? Let me know in the comments below. I wish you all the best for 2019 – I hope that your small steps may be giant leaps, that wind will fill your sails and take you to new and exciting places, and that you will find your own giant nugget of gold. Also pandas. I wish pandas upon you.