On 25th April 1915, New Zealand and Australian forces landed at what would become known as ANZAC Cove.  It wasn’t the first time that New Zealanders went into battle, and it wouldn’t be the last, but the exploits of our soldiers in that campaign have become legendary.  It is sometimes easy to forget that these were all real people, each there for their own reasons and each expecting that they would make it home.

For many the journey to the front would’ve been their first overseas experience and many of them scrawled excited messages on the back of postcards to send home to loved ones.  As a collector of vintage postcards I keep an eye out for any that may have been sent by soldiers.  Like this one here sent from Egypt. 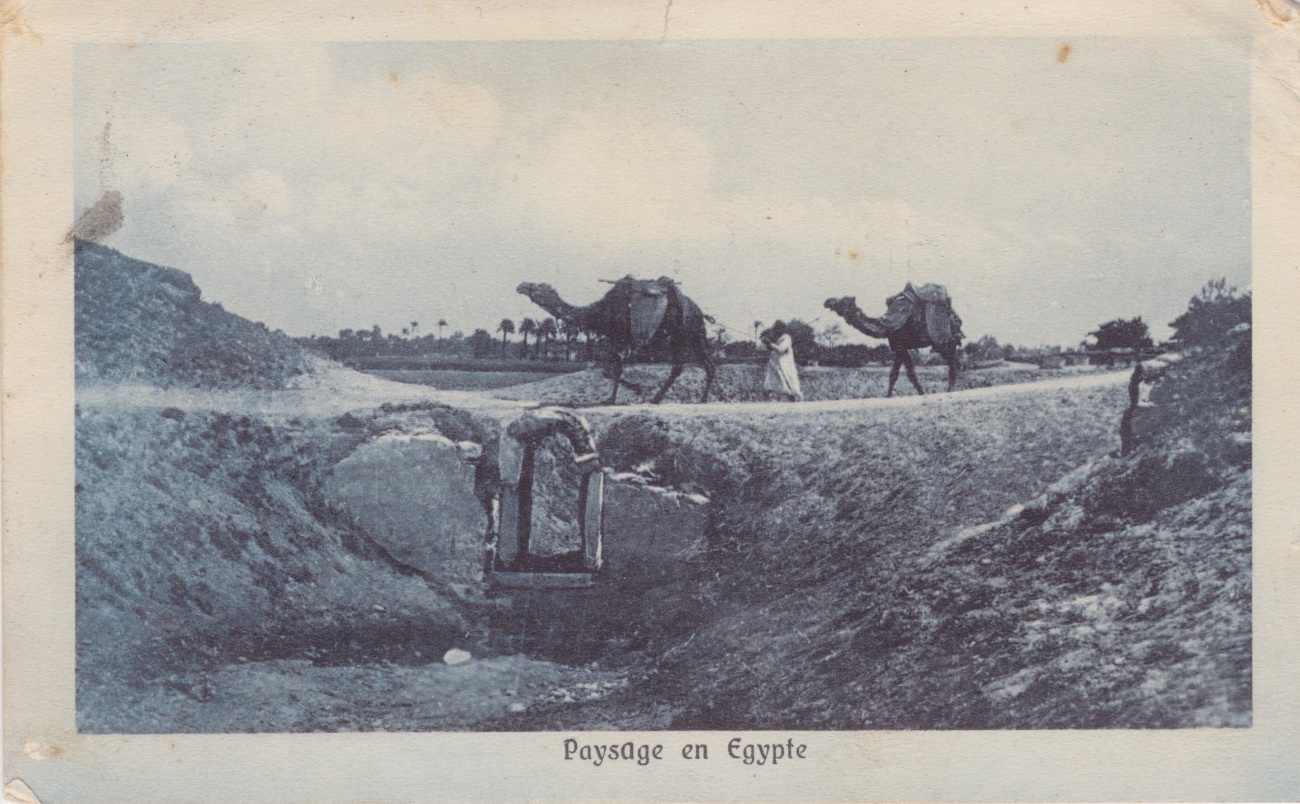 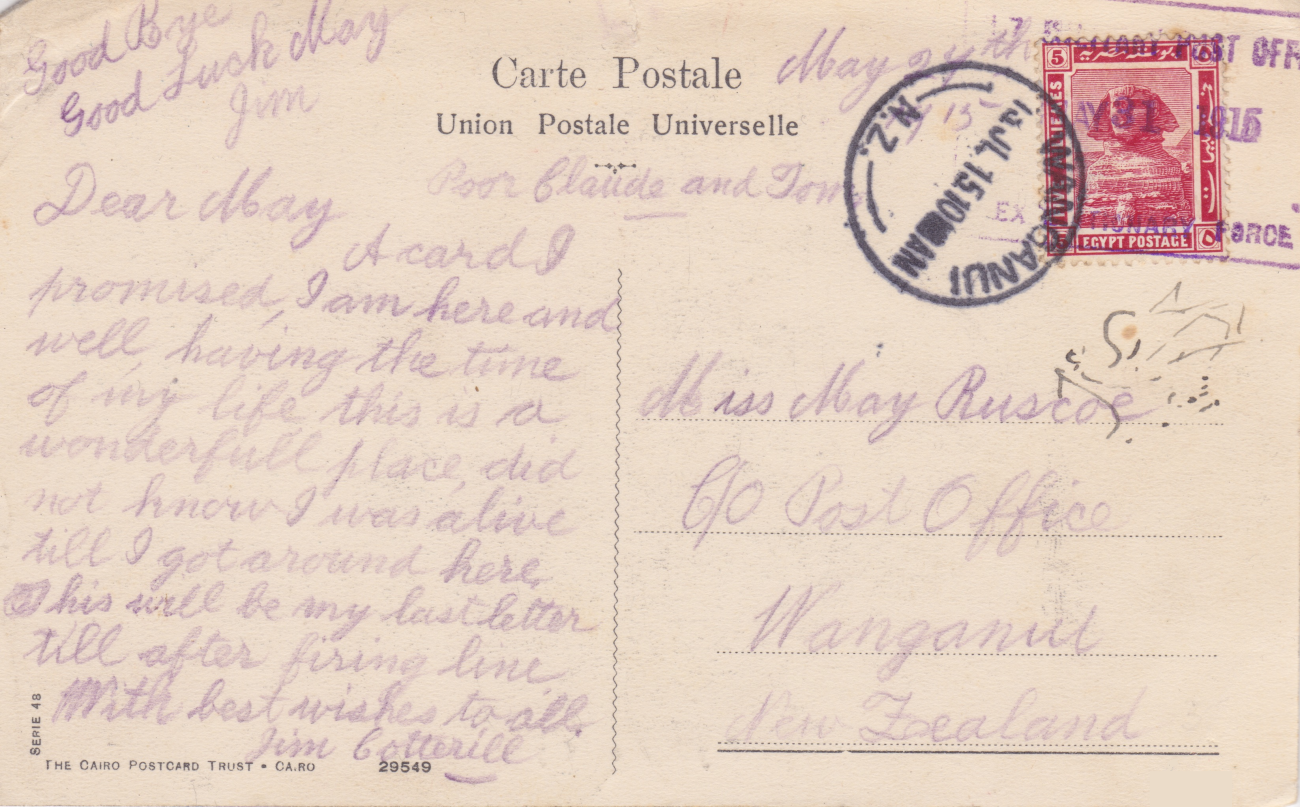 Here is a transcription:

A card I promised, I am here and well having the time of my life, this is a wonderful place, did not know I was alive till I got around here.  This will be my last letter till after firing line.

With best wishes to all, Jim Cotterill

In the top left corner he adds.

The message is dated May 27th, it is marked with a NZ Expeditionary Force postmark on May 31st and arrived in Wanganui on July 15th 1915.  Jim was on his way to Gallipoli along with other reinforcements for the Wellington Infantry Battalion.

It is easy to imagine how awe-inspiring a place like Egypt would’ve been for soldiers on their way over to the war.  It is a sentiment that is often expressed in the messages sent home to loved ones.  Unlike the first New Zealanders to have arrived in Egypt, Jim would’ve had a fair idea of what lay in store for him at the front – the landing at Gallipoli had taken place just over a month earlier, and many of the bloodiest battles were still to be fought…

On 18th August 1915 the Wanganui Chronicle posted a list of the latest N.Z Casualties and Private J. G. Cotterill is on the list of those wounded in action.  He was evacuated to Cairo hospital with a severe head wound and sent back to New Zealand on the hospital ship Willochra.  Of the 8556 New Zealanders that landed at Gallipoli; 2721 were killed and 4852 were wounded.  Today we remember not just their sacrifice, but also that of those who fought in every other war.